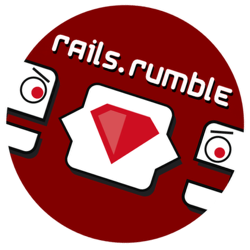 With Rails Rumble 2009 coming up this weekend, I’ve been thinking about why I like the competition and why it’s so rewarding and productive.  In thinking through the attraction of the Rumble, I realized there is similarity to the recently wrapped Boulder TechStars session and other events in which smart developers participate (like Startup Weekend, etc.).  They are product incubators, just on different scale and with different missions.  Both provide insight into ways of working that work.

What they mean to how we work.

I participated in last year’s Rails Rumble, creating bidbuildbill.com which finished on the first page of the leaderboard and in close contention for the solo prize (damn that Ben Scofield).  It was a grueling 48 hours.  Yet at the end of it most of the contestants had a working app of which they could be proud.

All of that said, here’s some ways in which Rails Rumble and TechStars are similar and what it means to you and I and how we should work.

Both events get you out of the jump-straight-to-code, eyes-glued-to-screen mode of too many aspiring web-app owners.  While the 48-hours of the build portion of the Rumble encourages an environment of code-like-mad, the time leading up to the Rumble is dedicated to everything except code.  No coding is allowed.  It is planning time.  It is time away from the keyboard to realize that it takes more than just a good code-base to make an app successful. Similarly, TechStars teams spend a large amount of their time working on tasks other than design and development.  A lot of those tasks relate to building relationships with and getting advice from other people.

Both events give you the opportunity to meet with, plan with, socialize with, and work with people that are not part of your formal team.  Even as a “solo” competitor in the Rumble, I spent a lot of time chatting with other participants and the very busy and amazingly productive organizers.  Working with people outside of your immediate team is refreshing and productive.  It gives you people from which to get outside, honest feedback.  People to show you some things you may never have thought of, but that turn out to be relevant and useful to your daily work.  And people to help, just for the asking.

Both events have deadlines and particularly short timeframes combined with goals. The 2 days of the Rumble is about the limit for how short a goal horizon should be. Shorter than that and you’re working a task list – not goals.  The 13 weeks of TechStars is about the limit for how long a goal horizon should be. Any longer presents too many factors out of your control to effectively and efficiently plan around.  Goals alone: no good.  Deadline alone: no good.  Goals + deadline = golden.

In both RailsRumble and TechStars, you tell other people what you plan to build.  You declare your intentions. Other people have an expectation of you. Talking about your intentions with others is motivation to plow forward and meet your goals. (You can always change your direction.  And when you do, you simply re-declare what you are going to do. More about this in Just Set the Right Goals.)  An environment in which people have expectations of you is powerful and motivating.

In the 48 hour Rails Rumble, there is no time for self-doubt to get in your way.  And if it does, you need only look at others around you and realize that everyone has hurdles.  But the best part is that those going through this with you are there to help you over the hurdles.  Awkwardly termed ‘coopetition’, this simultaneous sharing-of-support and pushing to one-up the other guys is something I’ve found very productive.  While Rails Rumble is explicitly a competition, it is still with gloves on and not a knock-out, drag-out, winner takes all at any price proposition.

During the course of last years’ competition, most teams had at least one person in the irc channel where we would encourage each other, joke with each other, help each other through little technical bumps, and generally just kept the tone of the competition friendly and productive.  Yet, there were just enough hints dropped about teams’ progress that made me want to keep working harder and faster to keep up.

I imagine it might have been that way at TechStars as well.  While TechStars is expressly not an internal competition, there is still the motivational element of keeping up with the other teams.  There is still that final Investor Day in which all teams are pitching to the same group of VCs and investors.  Each team must have pushed themselves just that little bit harder knowing the ‘other’ teams would set the bar high.

By and large though, it all comes back to where we started.  Relationships with our peers and others in our professional community.  If you really want to know who someone is, what they like and dislike, where their expertise lies, and why they’re into this crazy industry – if you really want to know – there are worse ways than to be locked up, physically or virtually, in a room with them. Whether it was for 48 hours or thirteen weeks, you will remember and possibly work with your new roommates long after you’re done bunking up together.

Belief that It Is Possible

Besides carrying their own reward, all of the benefits we’ve covered are also the pillars supporting the most powerful motivator of all: Belief In You. Chris Kilmer covered this so well and thoughtfully in his recent blog post that I couldn’t say any better here.  So I won’t.

Don’t wait until the Rumble comes around or to get accepted into TechStars to work this way. If you don’t have a RailsRumble or TechStar environment, find one or make one.

The Takeaway: Have Yourself a Daily Dose of TechStars and Rails Rumble

So, all of this reflection and feel-good keyboard tap-dance is not just for grits and shins.  Here’s the kicker and the takeaway.  Even if you are a solo developer, working from a lonely home office, you don’t need to wait until the Rumble comes around or to get accepted into TechStars to work like this. You should be doing it every day.  Yes, Rails Rumble and TechStars bring a nicely packaged structure with timeline and expectations and industry-leading people to your project.  But you can also seek it out.

Get involved in groups of local developers or, even better, start your own group of like-minded folks.  Tell them what you plan to do and when you plan to have it done.  If you work as a part of a team, get the team involved in activities with others outside of your small group.  Get together for code-and-coffees, user group meetings, and product demos. Ask for mentorship from experts like those at SCORE, that offer free small business mentoring.

Members of your support community can offer a environment of planning, cooperation, competition, feedback, and expectations like that sought after by Rails Rumble and TechStars participants.  If you do not work in a workplace that offers the environment I’ve described, if you do not have a RailsRumble or TechStars type environment, I urge you to find one or make one. Do it now.

Certainly the Rails Rumble and the TechStars environments can not be duplicated.  They are unique and valuable experiences presented by one-of-a-kind type of people.   So, while your application to TechStars is being considered, while you are waiting for the next Rails Rumble to come around, (or Startup Weekend to come to your town, etc.), make sure to go ahead and build your own community and network in support of your next big idea.